To Refer or Not Refer? That is the Question.

A recent change to the listings under the Environment Protection and Biodiversity Conservation Act 1999 (EPBC Act 1999) potentially has significant ramifications for development proposals on the Swan Coastal Plain.  On 26 August 2016, the Federal Minister for Environment and Heritage amended the list of threatened ecological communities (TECs) under Section 184 of the EPBC Act to include the ‘Banksia Woodlands of the Swan Coastal Plain ecological community’ in the endangered category.

It is reported by the Federal Government that the conservation objective for this listing is to mitigate the risk of extinction of the Banksia Woodlands of the Swan Coastal Plain ecological community, and maintain its biodiversity and function, through protection provided under the EPBC Act and through the implementation of priority conservation actions. It is claimed that there has been a substantial decline in the geographic extent of this ecological community across the Swan Coastal Plain, which is why it has been listed.

The newly listed ecological community is a woodland where the prominent tree layer is comprised of Banksia species, with scattered eucalypts and other tree species often present among or emerging above the Banksia canopy.  The community is restricted to the south-west of Western Australia, extending from approximately Jurien Bay in the north and southwards to Dunsborough (see inset). It is worth noting that vegetation communities dominated by Banksia littoralis or communities dominated by Banksia burdettii are not part of the ecological community listed for protection under the EPBC Act.  Furthermore, vegetation described as floristic community type 20c (Eastern shrublands and woodlands) is already listed for protection under the EPBC Act and is considered under its own listing.

As alluded to earlier, this listing could be significant for any project on the Swan Coastal Plain where Banksia woodlands may be present.  Any proposal that may have a significant impact upon a matter protected by the EPBC Act is required to be referred to the Commonwealth Department of Environment.  In some instances, these referrals are deemed ‘not a controlled action’ and the proponent is free to proceed with their proposal, subject to complying with State approval requirements.  However, in other instances, proposals are deemed ‘controlled actions’ where the proposal is required to undergo a formal environmental assessment under the EPBC Act.  The processes for these assessments are well documented and understood.

So what constitutes a significant impact?  Well, that depends on a few factors, but most notably it is determined by vegetation condition.  For example, if your project involves clearing a Banksia woodland community on the Swan Coastal Plain that meets one of the following criteria, then chances are that you will need to refer it to the Department of Environment:

Areas of Banksia woodland ecological communities can vary substantially in terms of quality due to past disturbances (such as weed invasion, fire, etc.) or the presence of plant pathogens (e.g. dieback). Degraded or modified areas of Banksia woodlands are not intended to be protected under the EPBC Act. However, this does not necessarily exclude the potential for protection of these areas through State and local government approvals processes. It is also useful to note that the Federal Government considers that bushland areas separated by cleared land of less than 30m should be regarded as a continuous patch of vegetation.

What is interesting about this listing is that there is a possibility for projects to require a referral even if they do not directly result in clearing of the Banksia woodland ecological community.  For example, constructing a road adjacent to an area containing Banksia woodland may not require clearing of any portion of the Banksia woodland ecological community. But, if the nature of the project could result in indirect impacts to the vegetation, such as introducing dieback or changing local hydrology. This means that proponents will need to carefully consider how they design and implement their projects to avoid impacts on protected matters. If a proponent decides not to refer a project, it is strongly recommended that they have sufficient documentation to justify their decision in case the Federal Department of Environment asks questions at a later stage about why the project was not referred.

The other interesting conundrum is how this listing impacts the work being conducted on the Perth and Peel Green Growth Plan (the GGP)? One of the intents behind the GGP is to ‘turn off’ the EPBC Act for proposals in the Perth and Peel regions where the proposal is consistent with the identified classes of action. However, as we stand at the moment, the GGP remains as a draft Plan. Logic would suggest that the EPBC Act processes are not switched off until such time that the GGP is adopted by the State and Federal Governments.  Until this happens, there is a real uncertainty for industry around whether it is best to refer their project now in advance of the GGP being finalised, or if they should wait until the GGP is adopted, particularly given that the funding mechanisms underpinning the implementation of the GGP are not yet published. Clarification from the Department of Environment on this issue would be beneficial to industry.

If you would like more information about the listing and how it could affect your project, please contact Paul Zuvela at Aurora Environmental on 9227 2600 or via info@auroraenvironmental.com.au. 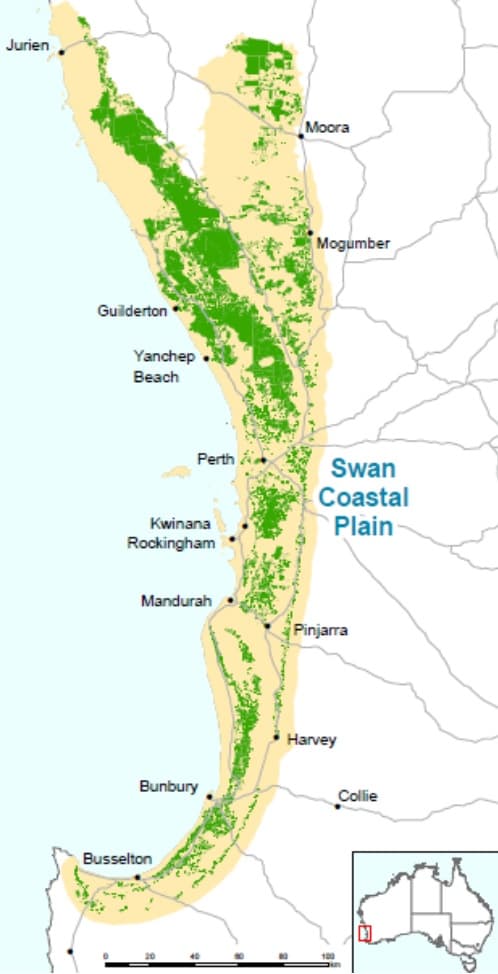 info@auroraenvironmental.com.au aurora-environmental
Home » To Refer or Not Refer? That is the Question.
Copyright © 2016 Aurora Environmental | Web Design Perth – Bonser Design